Yesterday was my birthday. I had a good but slightly odd day!

I went for a run first thing. We’re really lucky that our local park is about 400 metres away (yes, I wear a GPS watch…) so I go running there. It was really hot and I had some top banter with an elderly couple who told me it was way too hot to be running and suggested a mug a child for their scooter instead.

After showering and drinking a lot of water, I headed to Pudong, the east side of the river. I’ve been to Pudong three times before: the airport, the police headquarters and to have my picture taken by a lady who (it turned out) just took pictures of the sky. Let’s just say I wasn’t massively enamoured with Pudong and I had even jokingly said I’d never cross the river again.

But I broke that promise with the lure of a free trip up a skyscraper. The Shanghai World Financial Center building is the 2nd tallest building in Shanghai so probably top 10 in China. I think it’s the highest observation deck in China, maybe the world, who knows. The observation deck is on the 100th floor and it normally costs about £20 to visit – but I’d read somewhere a while ago that it’s free on your birthday, so off I went! 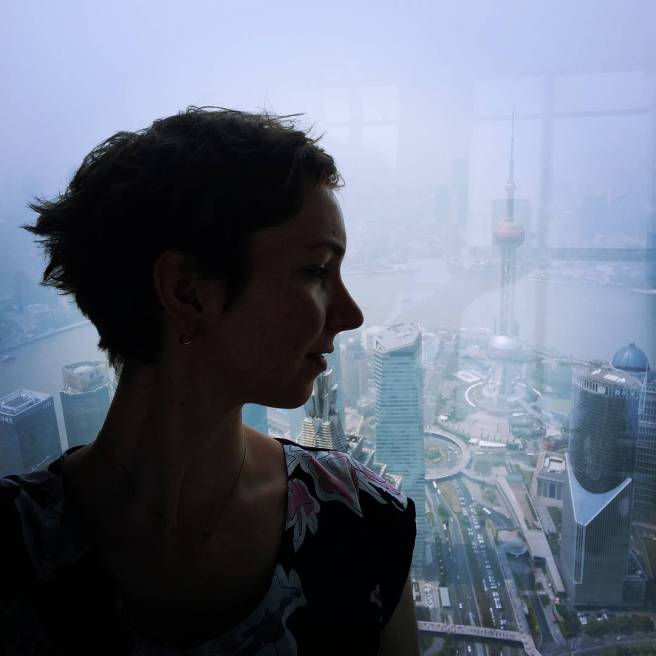 It was pretty cool, the lift to the 100th floor took 60 seconds – eek! The views weren’t great as it was a bit of a murky day, but I could still look down to the city centre and see teeny tiny boats (actually container ships!) on the river. I wouldn’t pay £20 for it but for free it’s fun. Plus, my ticket said it was a free birthday ticket so every time my ticket was checked, the attendant wished me happy birthday! Hooray! 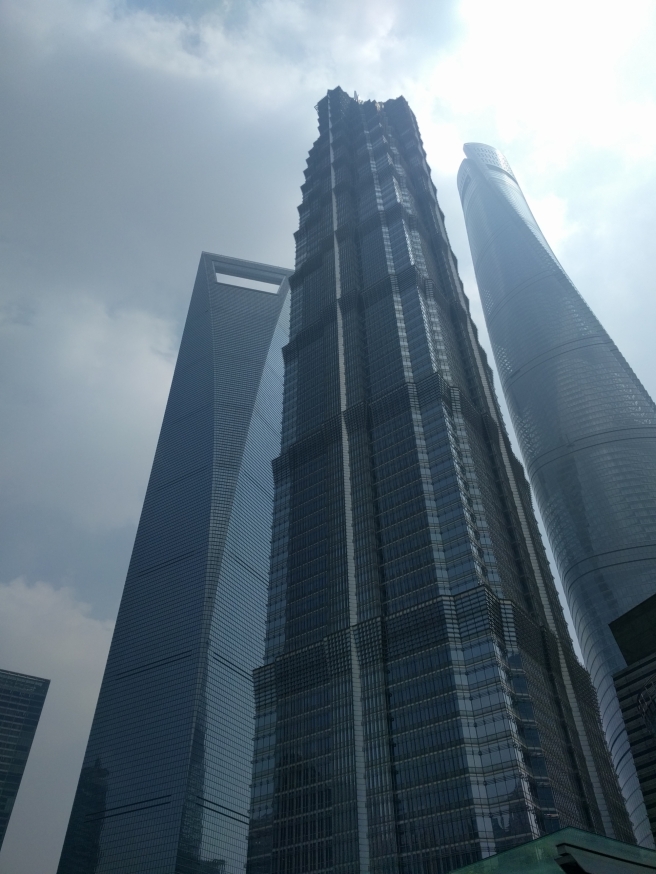 After lunch I went to work, where all my colleagues had forgotten about my birthday. I bought some chocolates and put them in the staff room and sent a group message saying help yourselves, then the birthday wishes came flooding in. It felt a bit awkward, but less awkward than people realising later and getting a belated cake… I got one of my classes to sing happy birthday to me although they told me they didn’t believe it was my birthday. Aged 4 and already so sceptical. After work the head of the school had gone out to get a cake for me (she must have felt bad) and we had cake and more singing.

And then I headed off to my running club social night, where we ate salad and chatted about triathlons and I got a pair of new running socks.

I got myself a present (because it felt weird to have no presents and no cards): a book, some hair clips and some Moomin soap.

I’ve had birthdays away from home before (I was in France for my 11th birthday, Germany for my 14th and Hong Kong for my 26th) but this felt a bit different. Not only was I away from everyone I know from back home, but I don’t know when I’ll next see most of them. And I wasn’t with my good friends here in China. I did feel a bit lonely.

That said, I got some lovely messages and I need to spend some time replying to everyone – I was really touched that so many people got in touch.

Putting the Hai in Shanghai